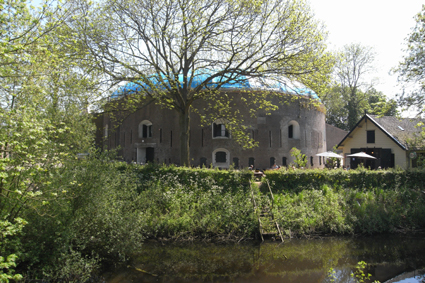 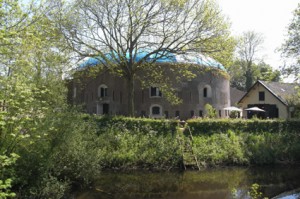 Usually when someone asks you to organize an event, it will be in a normal building, with four walls and a roof, watertight, with electricity, heating and straight, white walls… but his time an international exhitibion had to be staged in a waterlogged fortress, no electricity, no heating and round walls and BATS! If this wasn’t enough of a challenge, it also had to be organized within six months… from concept to opening. But after the 2006 show “Ark” by Peter Greenaway, it was an honor to be asked and with a great team we tried… and succeeded.

Arnoud Odding, director of the National Glass Museum and Tiziana Nespoli, exhibition concept creator, were responsible for the concept and ideas for the exhibition. Art Ants was responsible for the realisation: contacting the artists, getting the artworks to the venue from all over the world, including the MOMA, installing them, produce the catalogue and manage publicity. Ontwerphaven, the design studio of Susanne Hertogs, did the graphic design of the exhibition and the bilingual catalogue.

Skin Deep is an exploration of the various meanings of the word Skin. It is a visual and descriptive study touching upon the areas of physics, sociology, philosophy, economics, visual arts, design and poetry. Skin Deep is a surprising, titillating and confronting journey. 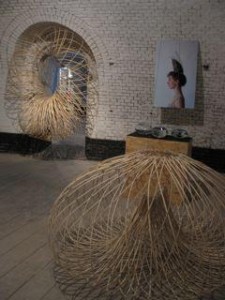 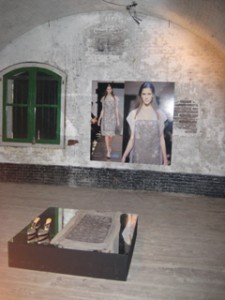 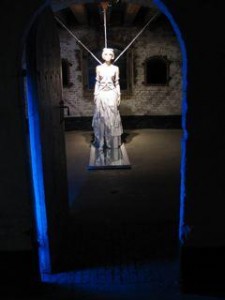 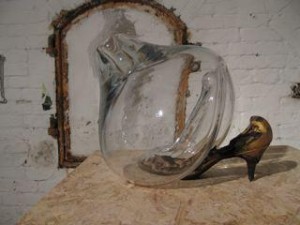